Over the last few years, I’ve heard and read a lot about feeding issues for young babies (breast feeding difficulties, proper latch etc.) but I’d never really heard about babies struggling with solid food. Not wanting to eat it? Yes. Not being hungry? Certainly. But I had never heard about babies that simply couldn’t eat solid food, until I had one with that very problem.

Emilia (now 3yrs old) was a text book pro at baby led weaning (BLW – essentially, babies eat what grown ups eat – no purees or spoon feeding etc.). As you can tell from this blog, food is a big part of my life, and meal times are a big deal. The baby led approach fitted in really well with this. 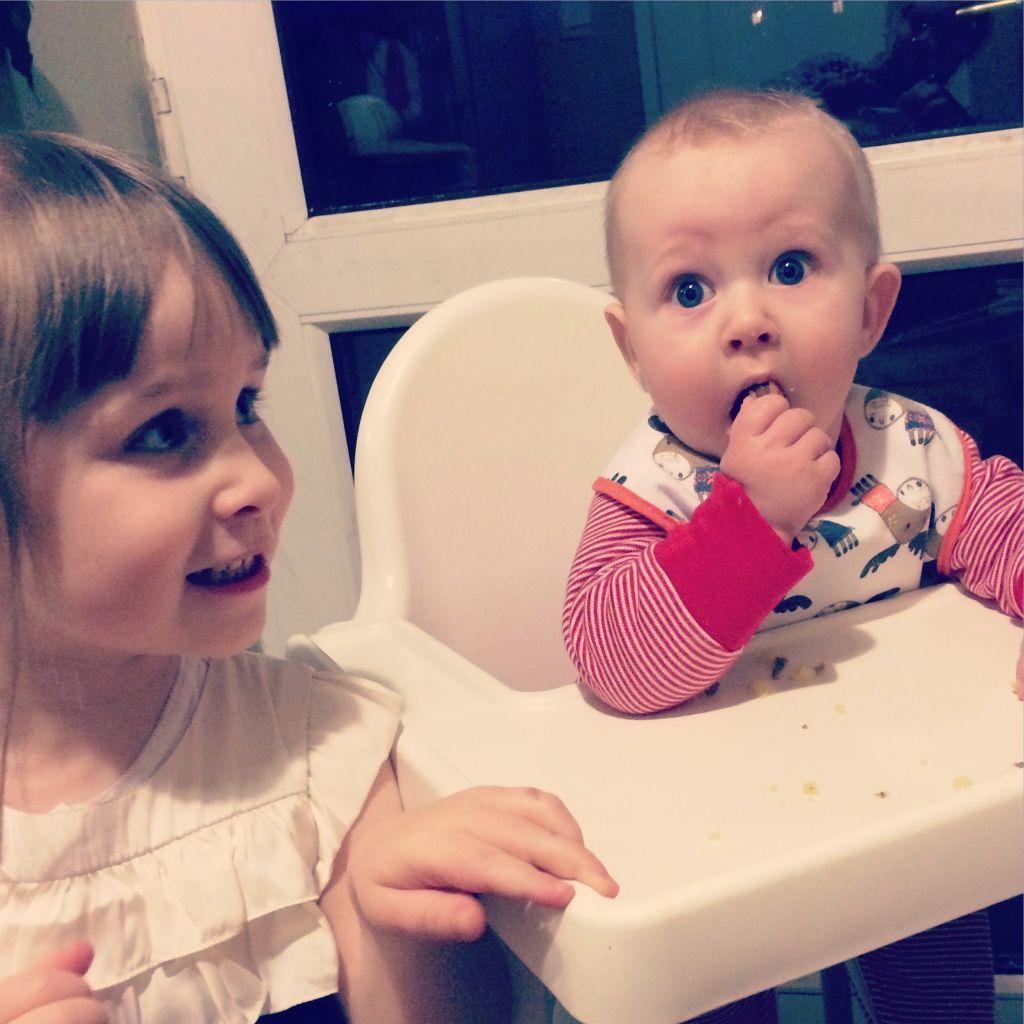 When Robin got to 6mths old, we started handing him bits of our meals, as we had with Emilia (the odd soft bit of broccoli, or carrot stick etc.). However, it soon became clear that this wasn’t going to be as easy. The odd gag, became a dangerous choke, followed by a red face, long seconds of silence, more choking, and then vomit. This was happening several times a day. Robin was already struggling to gain weight, so losing all of his milk by trying to eat a carrot certainly wasn’t the way forward.

I followed my instincts, and went back to tried and tested purees. The thing was, at 8mths old Robin couldn’t even handle 6mth old food. We had to go right back to the thinnest, most liquid purees, which are made for 4mth olds.

“Try leaving a lump or two in his mashed potato to help him get used to texture”, said the Health Visitor. “But he can’t eat mashed potato”, I replied. “Oh.” 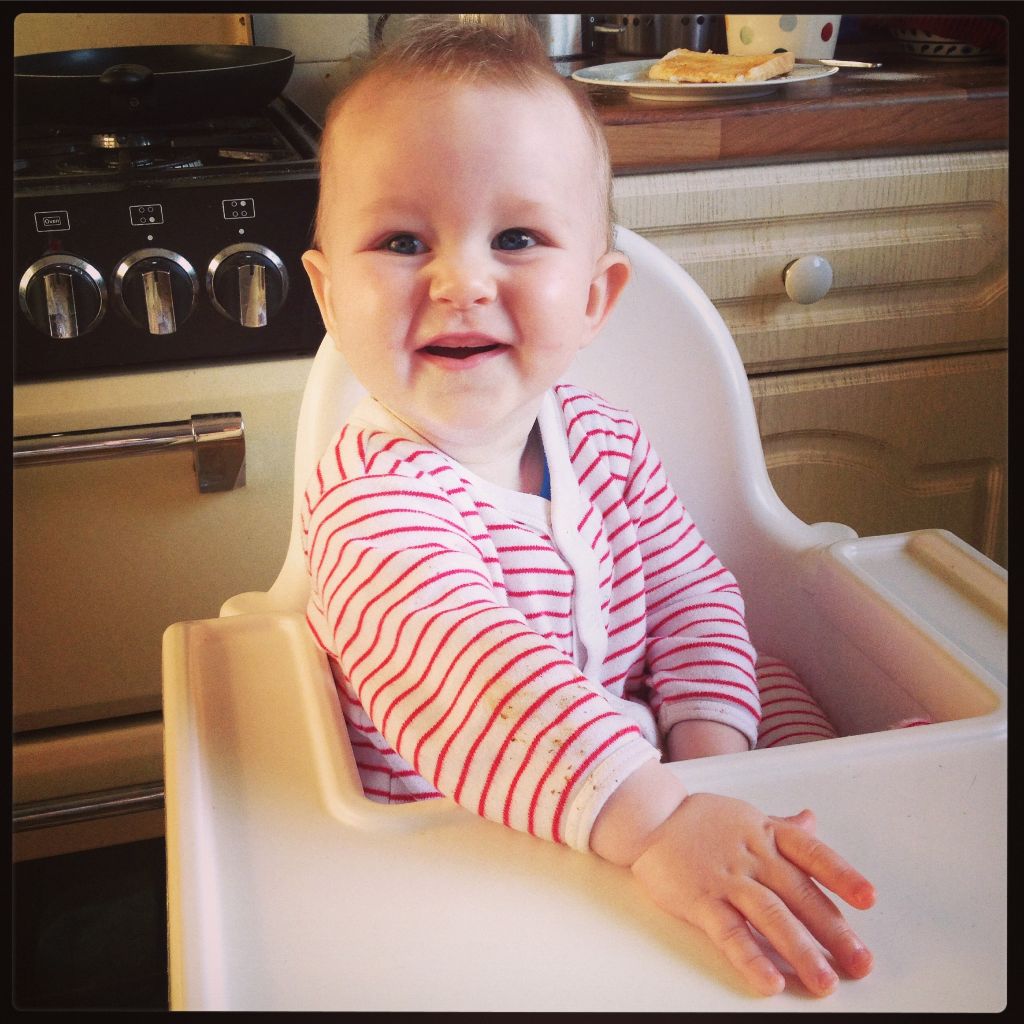 To cut a long story short, at 10mths old Robin still hadn’t progressed, so he was referred to a Speech and Language Therapist (they cover baby feeding issues too?! Clever people). She came and watched Robin eat and agreed with me that he does indeed have a problem.

Robin has “a delay in his oro-motor development for feeding, and it appears to be related to some reduced intra-oral sensitivity”. Basically, he can’t really feel the food in his mouth, it gets shoved to the back and he physically chokes on it. The therapist gave us some Oral Stimulation methods to try, and also advised on ways of introducing textures that he struggles with (tiny amounts on your finger tip, placed at the back and side of the mouth – where the molars would be).

After 3mths of doing this, we’ve finally had a breakthrough! At almost 13mths old, Robin ate 8 big spoonfuls of mashed potato, without even the slightest of gags!!! I’m so VERY proud of him. 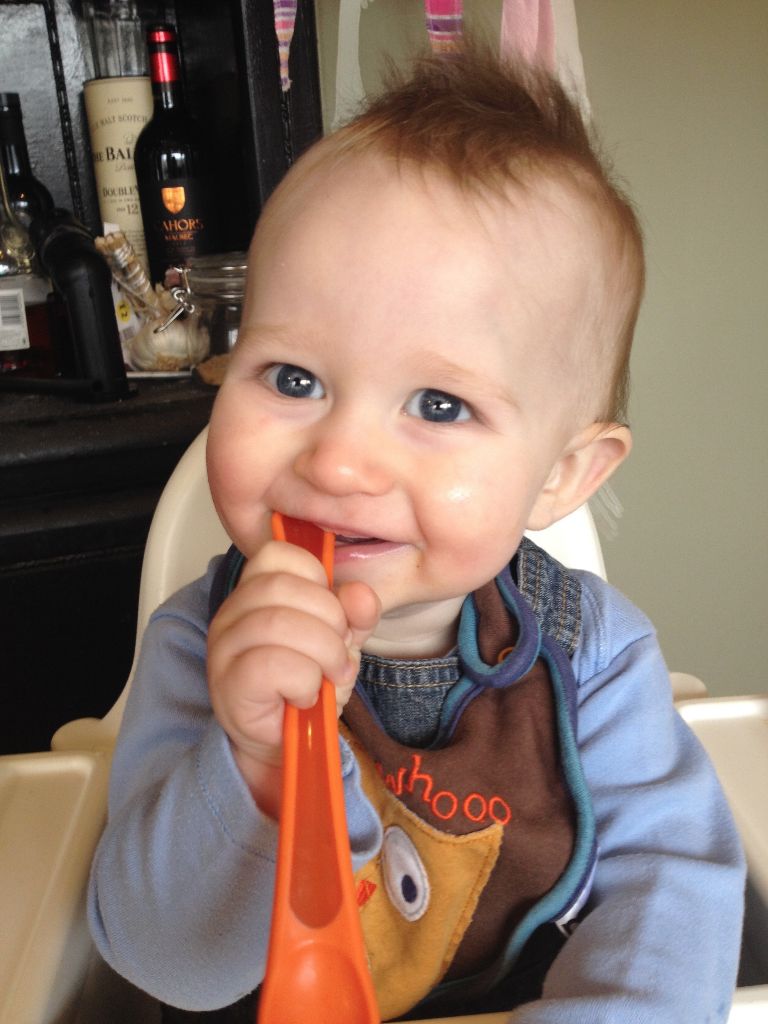 Thanks! I wondered about tongue tie too, but he latched fine (eventually) and seemed satisfied after feeding, (though his weight plummeted to the 2nd percentile, eesh).

[…] Why eating mashed potato is the biggest achievement EVER […]

Poor Robin! I think the second baby makes you appreciate some of the ways you were lucky with the first. I quite quickly realised that it wasn’t my awesome parenting skills that made Ted the way he was when I did the same things with Joseph and found the results were different. I think feeding issues are the most stressful, worse in some ways than sleep. Which also has the potential to be a nightmare. I’m stopping at two before I have any more of my parenting illusions shattered!

Haha, yes they are each SO different. Dread to think what a third one would throw at us…!