When you eat a perfectly red, ripe strawberry the taste is sensational. They’re plump jewels, full of sweetness, and it’s hard to believe that they grow best here in Britain. Strawberries are my daughter’s favourite fruit – she loves them – which makes for tough winters when she sees them for sale, but if she gets them, they’re just not right. Fruit is always best when it’s in season.

M&S have created several recipes to showcase Britains berries this summer, and I chose to try making the no-bake strawberry and passion fruit cheesecake. Robin, age 4, was my jolly kitchen helper for the afternoon (his sister was too poorly to help) and we promptly set to work. 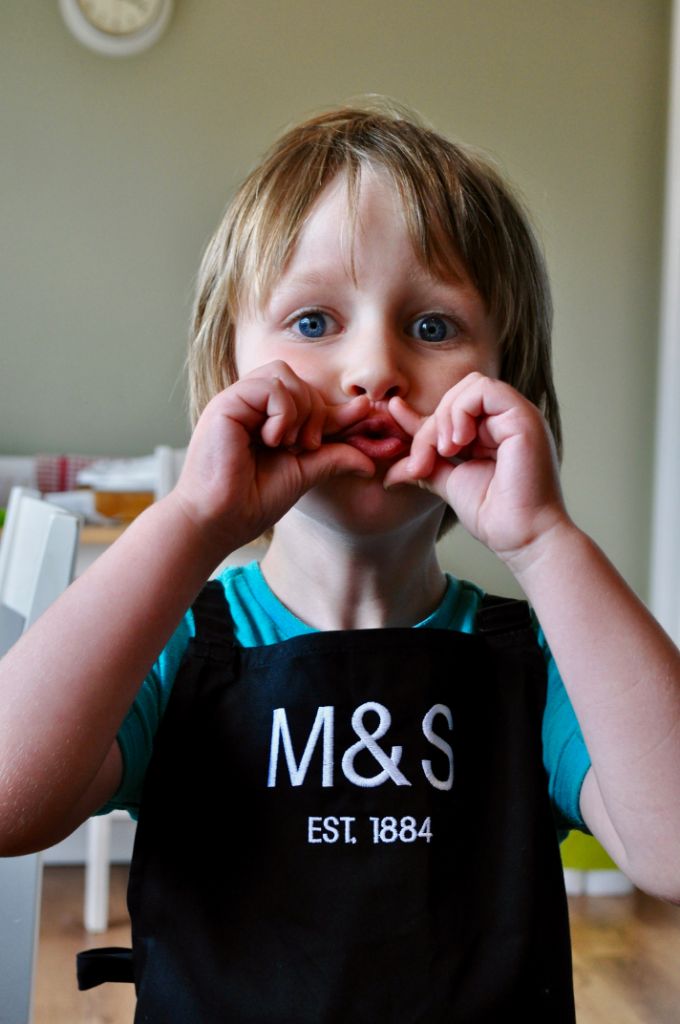 We had fun bashing breadcrumbs before combining them with melted butter (to make the buttery biscuit base – Masterchef anyone?!) and leaving them to set in the cake tin, in the fridge.

Next, we mixed buckets of soft cheese with vanilla and then a whole load of double cream. Whilst this isn’t the healthiest of puds, it will still see off any risk of scurvy – just look how much lime juice and zest went in(!). 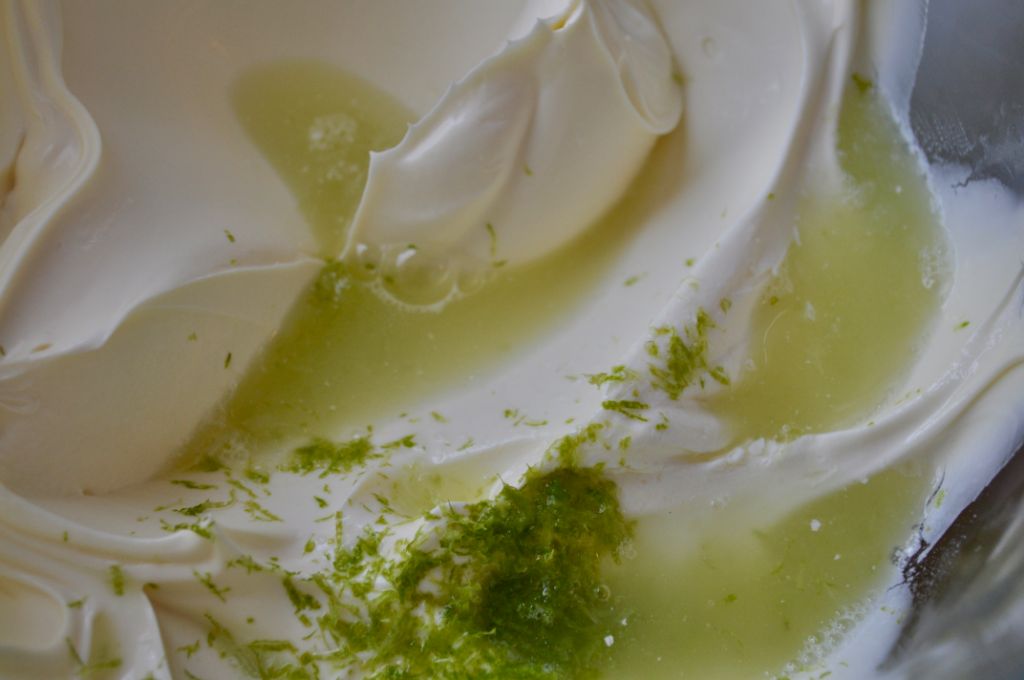 This was all mixed well and then placed on top of the breadcrumbs and smoothed down. The cheesecake was then ready to set in the fridge – good job, Robin. 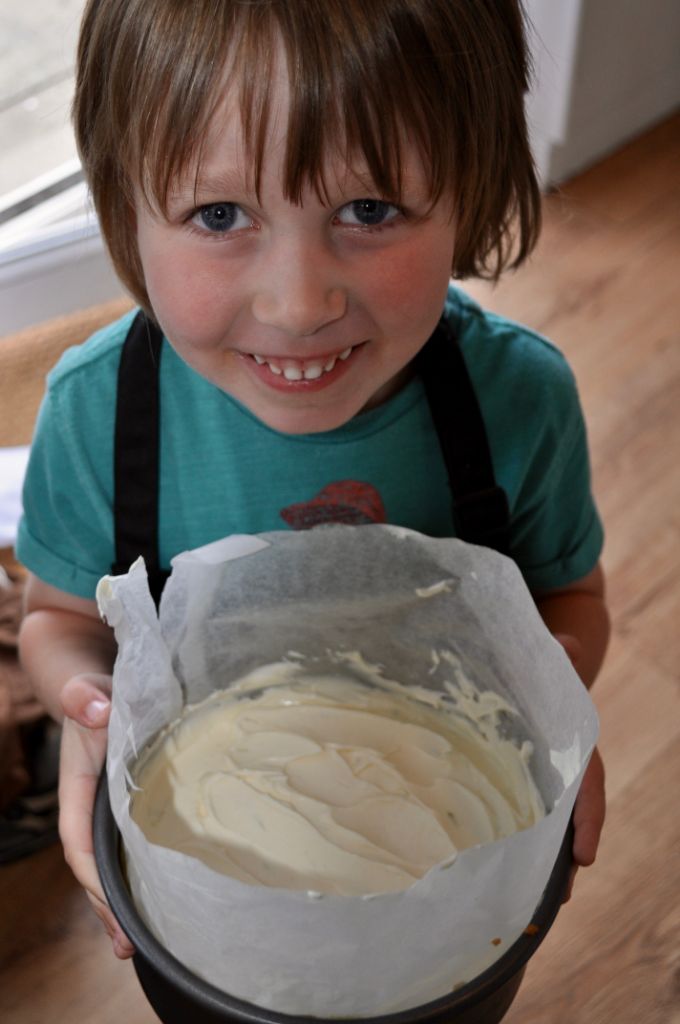 When it was ready to serve, we chopped up piles of juicy strawberries and placed them on top. 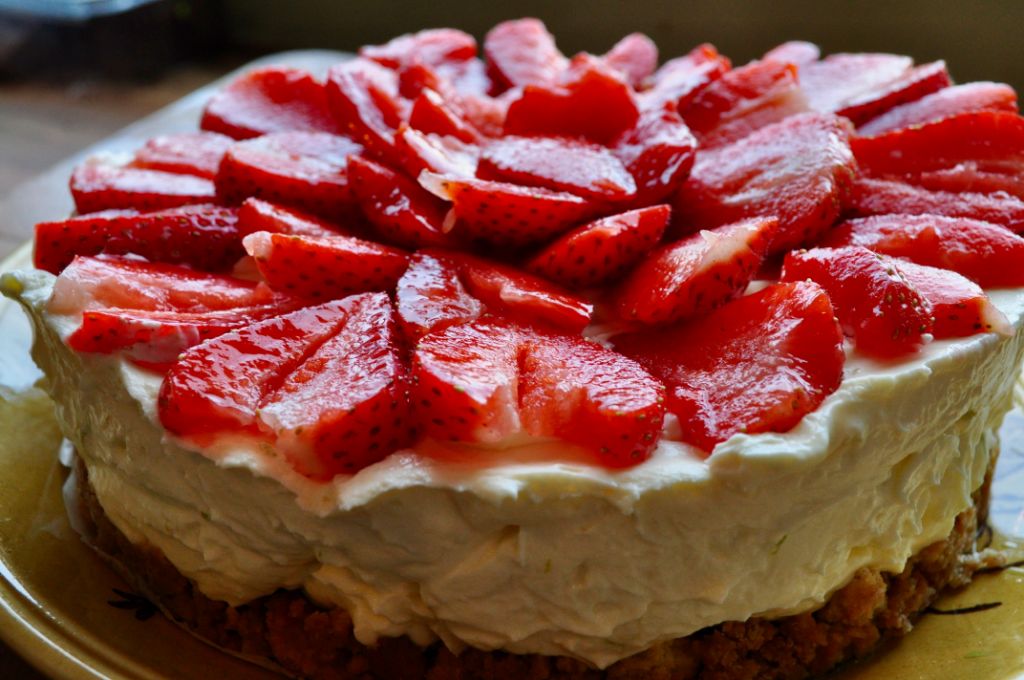 There’s also the option of having passion fruit served on top, which adds an extra zingy kick and a few more vitamins. 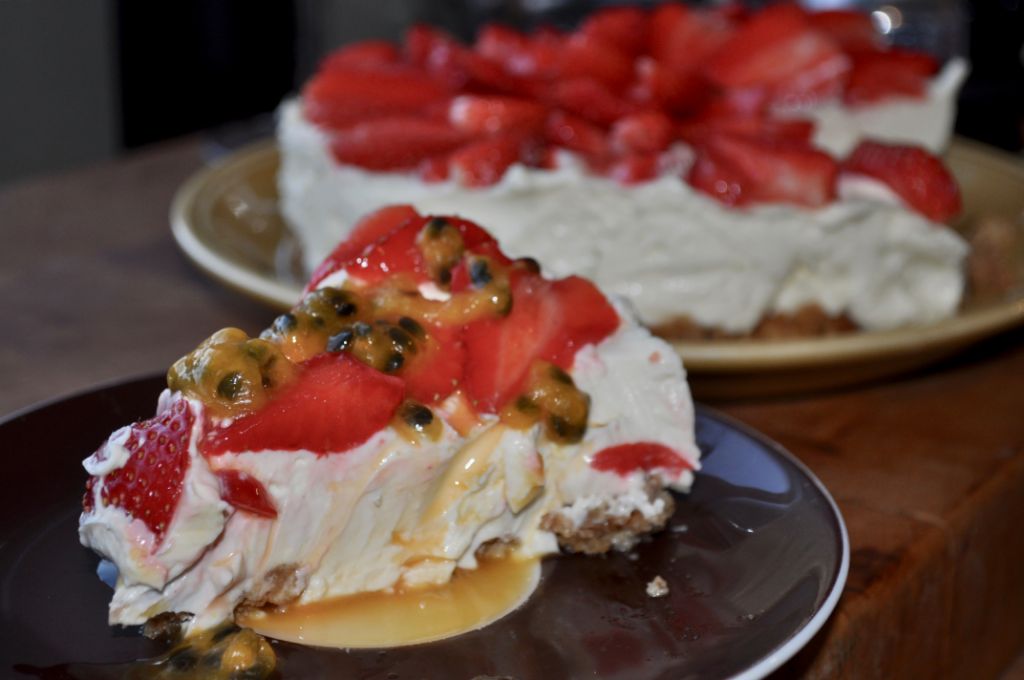 Robin and I had great fun making this cheesecake. It was easy to do and ended up being a delicious, popular pudding when we had friends round for a BBQ last weekend. The strawberries sang, and the lime juice ensured that the cream and cheese weren’t too rich.

Big thanks to M&S for gifting me their quality ingredients for this dish, the majority of which were sourced within Britain. M&S has a long standing relationship with British berry suppliers, having worked with some of them for over 40 years.

We also sampled some of M&S’s great BBQ food range – do you think Mr M was enjoying his posh dog?!

I hope you get to make the most of the best British summer berries before autumn takes its turn.