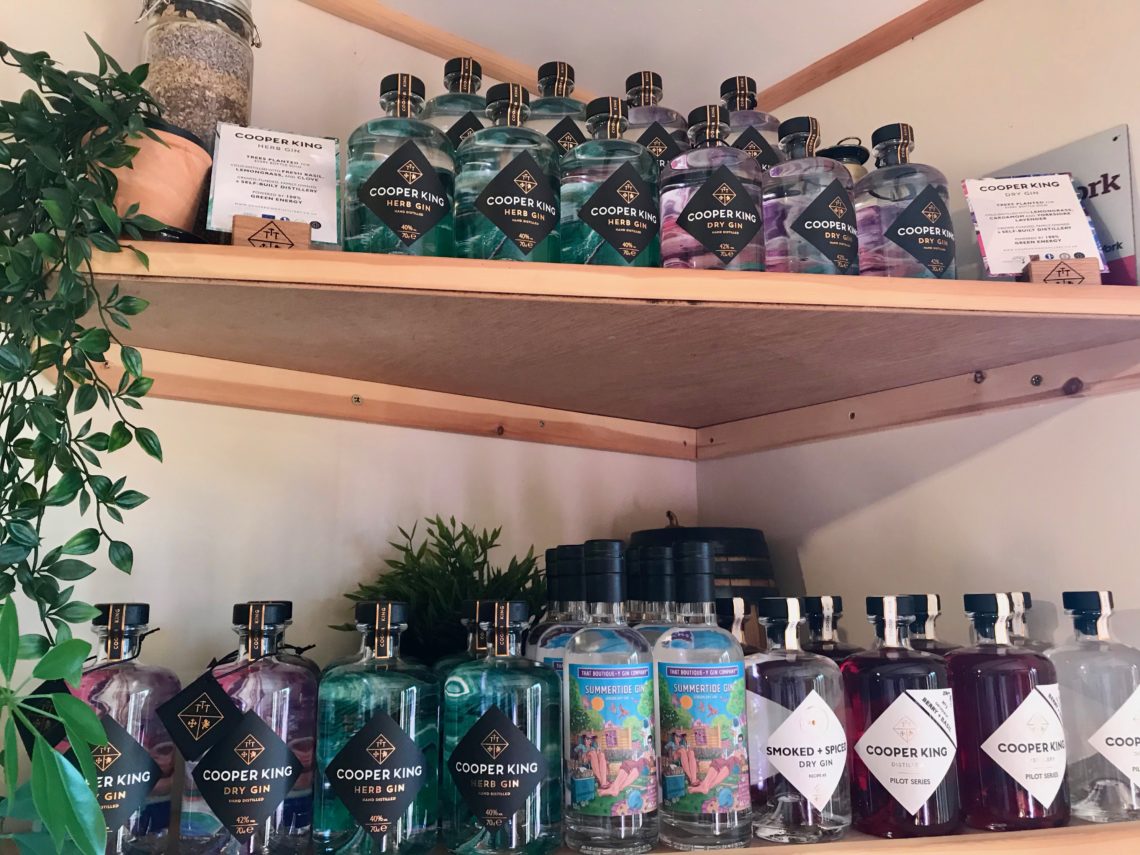 Abbie and Chris are the business creators and owners, and they became inspired by small-batch whisky making when travelling in Tasmania and blogging for some friends of theirs. They started to travel longer and further, trying more whiskies, and meeting more people. Years of work and inspiration have brought them to where they are today; the proud owners of Cooper King Distillery.

I went out to meet Chris for a distillery tour on a glorious summer’s day. The distillery is found in the beautiful Yorkshire countryside just outside York and overlooking an apple orchard. There’s a gorgeous gin garden outside too; the perfect place to have a natter whilst sampling some of the spirits on offer. 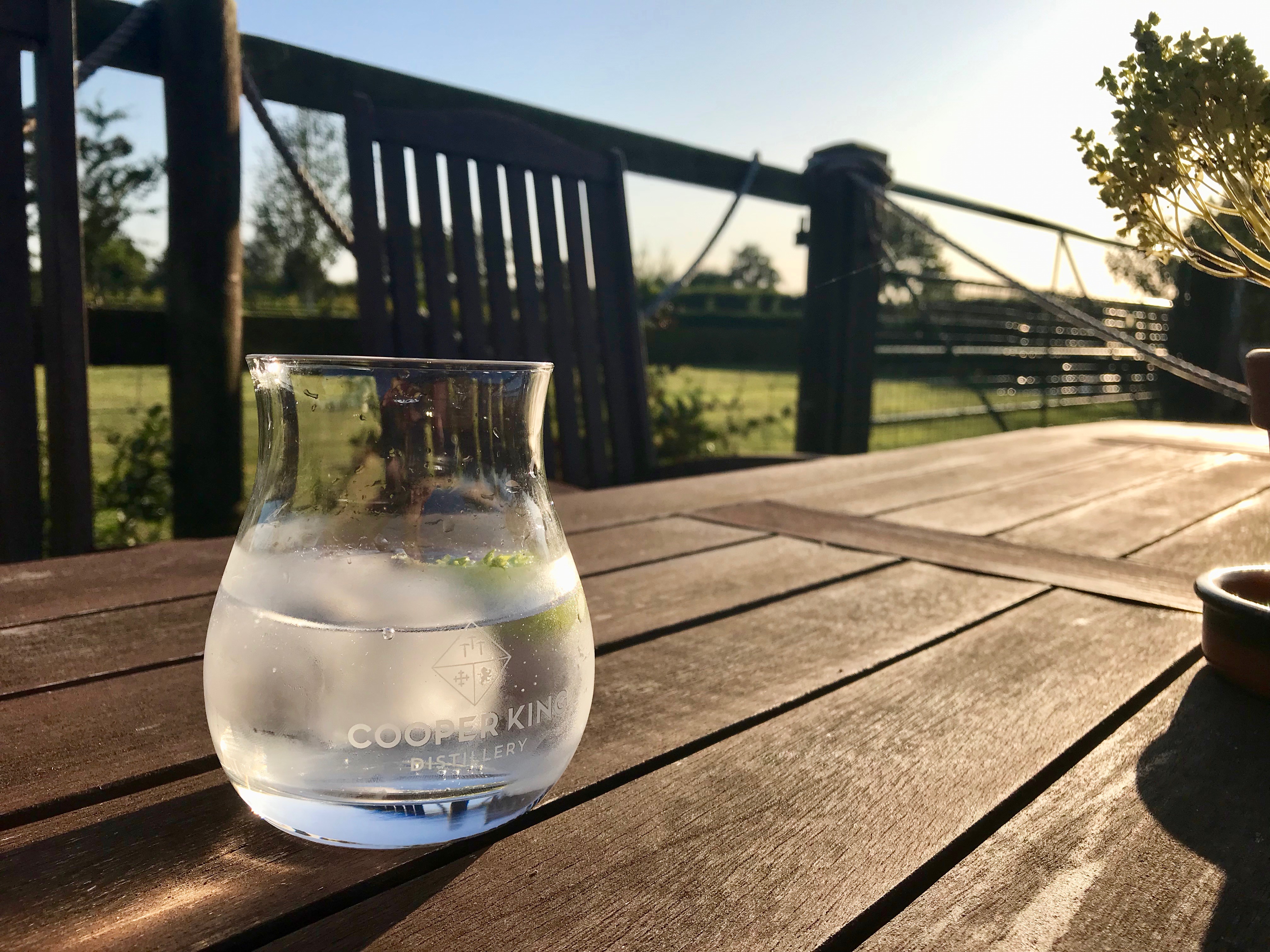 Abbie and Chris love whisky, but given that it takes such a long time to mature, they started by making gin, and have had great success with it. Abbie, with her scientific background, plays with the botanicals to create their gin’s unique flavour. She’s so talented at it that Michelin starred restaurants nearby ask her to create specific gins to match their food courses.

Cooper King gins are created using vacuum distillation and a copper pot still. The flavours are fresh and vibrant, and very drinkable.

Cooper King whisky is now in the making, and excitingly, the first whisky casks having recently been filled. This will be an English whisky, but more specifically, a Yorkshire whisky, made using local, Yorkshire barley, that’s been traditionally malted. The liquid goes into the copper still (the only one of its kind – sent from Tasmania, no less) before going into the casks to mature. The casks add a lot of flavour, but also the colour of the resultant whisky.